Subscribe
Home > blogs > Is the Future of Global Healthcare Made in China?
blog

Is the Future of Global Healthcare Made in China?

On the 15th of August 2017 the newly appointed director of WHO Tedros Adhanom made his first official visit to China. After three days Tedros left with a pledge of 20 million dollars more and a clarified plan to use China’s One belt One Road initiative as the backbone of global healthcare reforms targeting women, children, teens and emergencies. This is just the latest in China’s growing trend of commitment to global health, clearly a different tone than that being set by US President Donald Trump whose most recent budget proposal saw him attempting to slash international healthcare funding by 1/3. 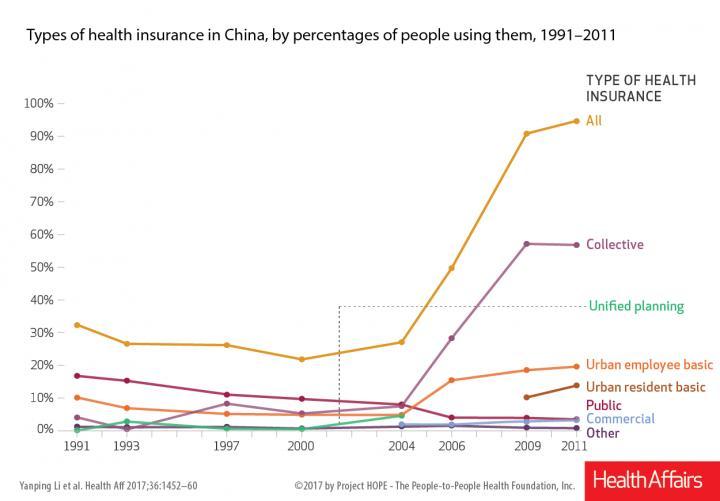 Although China has been engaging in health aid from the Mao era on, China’s “global health” journey really began eleven years ago for China, after the SARS epidemic, with an overhaul of their own healthcare system called the Rural Co-operative Medical Care System. This initiative extended healthcare options to China’s 800 million rural resident and expanded China’s current healthcare coverage to 94.7% of its population. Recently, however, China has pushed its contributions beyond national borders with, among others, a heavily praised response to the 2014 Ebola outbreak and most a $220,000 aid package including thirty doctors to the ongoing outbreak of plague in Madagascar. China is also the largest producer of the antimalarial drug artemisinin and the main producer of pharmaceutical ingredients for Africa’s much-needed HIV medications. Moving beyond simple philanthropy China has pledged 60 billion dollars in investment for major capital projects in Africa, an essential part of stability and healthcare in the region. So does this spell the emergence of China as a driving force on the global health stage?

Despite the admirable strides taken in recent years, China’s commitment to healthcare may not seem as impressive when considered within the context of their enormous economy. While other BRICS nations’ commitments to national health have become increasingly significant , the World Bank estimated China’s total health expenditure in 2014 to be 5.5% of nominal GDP. This is lagging behind Brazil’s 8.3%, Russia’s 7.1% and South Africa’s 8.8%, and yet further behind OECD average at 12.3%. Admittedly, it’s a lot better than India’s figure, this other “booming” BRICS country, plus total health expenditure doesn’t always give sufficient information (see the US) on a country’s commitment to health care for all. Anyhow, China still has room for more effort. The hope is that Xi Jinping’s new ‘Healthy China’ plans will make this happen. Indeed, despite the statistical success of China’s Rural Co-operative Healthcare System, the initiative has been strongly criticized by global experts for its failure to decrease out-of-pocket expenses and improve health.

While China’s internal healthcare policy may seem irrelevant to the larger question of global health, it is actually quite vital. China contains seven of the twenty cities most likely to start a global pandemic, with massive populations, poor sanitation and large levels of international travel. When the SARS epidemic hit Hong Kong in 2003 the cities’ GDP fell by 2.63% and the cities’ unemployment rose to 8.7. While isolated incidents occurred outside the borders of China the spread of the infection was largely halted due to the efforts of the WHO and CDC. However it’s easy to see the threats that are still posed, nearly fifteen years later, when China’s cities are larger than ever and international transport is only increasing. Recently, Asian Lineage Avian Influenza A (H7N9), has been the focus of concerned health officials in China. H7N9 spread from its avian hosts to humans in 2013 and since then it’s been plaguing rural China with five outbreaks and 616 death of 1589 cases. This gives the virus nearly a 40% mortality rate, in contrast the mortality rate of SARS was under 10%.

As such local healthcare in China may have a disproportionately large impact on avoiding global health crises. China does have reforms in place to remedy their current weaknesses including the 2014 public hospital reform and the upcoming reforms to healthcare plans will hopefully increase subsidisation for providers and receivers of health care.

Another critique China has faced regarding its recent trends in supporting Global health is a question of motivation. This is particularly important for the WHO, which can’t be seen to be enabling profit motivation to dictate the direction of global health. There is no denying the economic and political benefits (often called “soft power”) that come alongside increased presence and reputation, especially in a rapidly developing region such as Africa and Asia. There has also been a recent global expansion in China’s private healthcare sector, with the development of a Japanese encephalitis vaccines and a new polio vaccine in the pipeline, and no doubt this also plays a role in China’s increased global health focus.

Ultimately the direction China is moving in is quite promising. While China’s track record in local healthcare is not strong, and problems persist specifically in relation to the working class, the nation appears to be taking these issues seriously at last. While the question of ‘soft influence’ and profiteering will plague any nation who seeks mutually beneficial partnerships with developing nations, the fact remains that China’s eagerness to contribute to healthcare initiatives in the third world is reaping real-world benefits. As they say, the proof is in the pudding (or the moon cake).

MD Candidate at the University of Queensland

MD Candidate at the University of Queensland