You’ve probably heard the story of the blind men and the elephant—how each man perceived it differently depending on which part of the elephant he touched.  Health systems are like the elephant, with each person having a different view depending on his or her experiences and interactions. These different conceptualizations of health systems were illuminated last week in Delhi as the first batch of KEYSTONE fellows began their journey through the inaugural KEYSTONE short course in health policy and systems research (HPSR) by drawing pictures to depict what health systems mean to them.

The KEYSTONE course is part of a broader eponymous multi-partner initiative that seeks to develop much needed health policy and systems research capacity in the country. The Public Health Foundation of India, as Nodal institute for the WHO’s Alliance for Health Policy and Systems Research in India, is coordinating the KEYSTONE initiative. The ongoing short course (23 February – 5 March 2015) entails intensive immersion for twenty KEYSTONE Fellows, selected through a national competition, in HPSR frameworks and approaches.

The drawing exercise came from our counterparts in Southern Africa, the CHEPSAA initiative. While the CHEPSAA group called it the Martian Exercise, we called it the PK Exercise in honour of the alien star of a recent Bollywood blockbuster. In the film, the humanoid martian PK finds himself stranded on earth (in northern India specifically) and is forced to make sense of our strange rituals, customs and language. 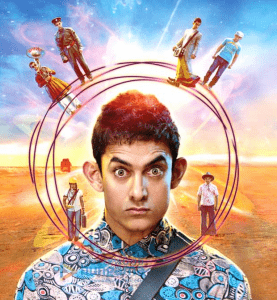 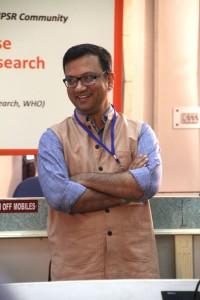 The theatrics go like this. PK, who recently landed on the earth, wants to know what constitutes a health system. He has been told that the health system is a key reason why people on planet earth live healthy lives. The KEYSTONE Fellows, working in groups, attempt to pictorially represent the health system so as to explain it to PK. Since our alien does not understand any human language, the health system must be entirely represented through images on chart paper. 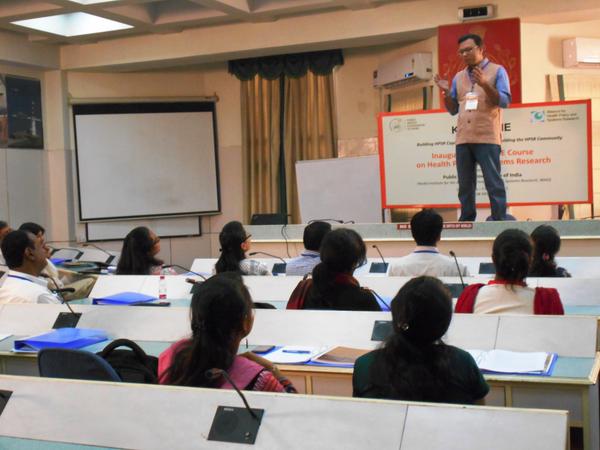 Figure 2. PK requests assistance from above

Over the next 30 minutes, health systems of various characters and feature were unveiled before the Martian. Pictures were of all hues, though most of them portrayed multiple agents as core characters in their images. One of the groups conceptualised the health system as a wheel with several key actors and institutions placed within it. The wheel denoted the inherent dynamic character of the complex health system, an explanation that every part of the health system is constantly changing. Some groups represented the power of different actors by drawing a hierarchical configuration with the more powerful actors on top of the less powerful (see figure 3). 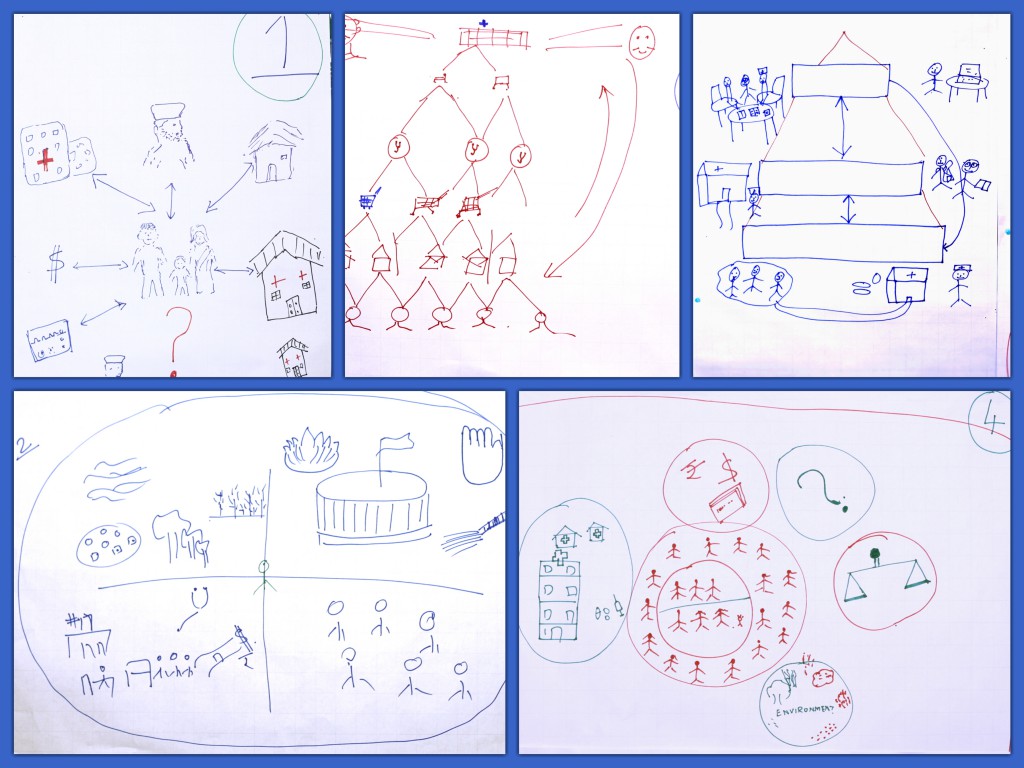