Don’t be afraid of the “C” word, health researchers

“Class”- a word that (most) researchers are more than reluctant to employ. Don’t get me wrong, analysis of health inequalities based on income, poverty, socioeconomic gradients and so on abound. Sophisticated statistical tools are being used to show us the obvious – that health outcomes are poor for those with fewer resources, no matter which country they belong to. We call them the poor, the “grassroots”, the “left behind”. We look at them as individuals, but we are reluctant to acknowledge the structures that perpetuate these inequalities, and even more reluctant to tackle them head on.

It is undeniable that our society is driven by economic interests. The era of “good” or “bad” ideas was left behind with Hegel. Can an idea be good in itself, taking primacy over human life and reigning upon it almighty? No. Ideas are born in the brain of men who themselves are born in a social and economic context one cannot ignore. It is precisely this context that matters. So when an old all-white panel calls for spreading ideas – some prefer the term ‘best practices’, but in many cases, they mean more or less the same – among the political and intellectual elites of a developing country, as was the case in a pre-event  before the #ECTMIH2017 conference, not only do they reproduce a neocolonialist approach to cooperation called aid, they also reproduce a philosophical school driven by 18th century young German thinkers. But guys. We’ve hit the 21st century for a couple of years now, time to get an update. Given Mr. Stadler seems to think we’re back in the 19th century, you might want to call upon a 19th century German thinker to do just that.

So if society is driven by economic interests and even ideas are born from these economic relations (not to mention the powerlessness of a good idea in a young researcher when he/she becomes appointed ministry of health and has to deal with political and economic interests), why are we not analysing society in terms of these economic relations? The poor and the rich – that’s where the discourse seems to be stuck; at an individual-level analysis of people living in poverty versus those living in abundance. Yet these people come as a coherent whole. They share the same relation to property and ownership. They are the deprived. The masses. The working class. Or as our favorite bearded old man would say: the proletariat. It is not enough to acknowledge that people are poor. One needs to analyse why they are poor. And Marx did it for us.

If you’re not fond of dear Karl, Anne-Emanuelle Birn in her textbook on Global Health  emphasizes the importance for health researchers of analysing society in terms of classes. The Black Report in the UK did just that. The National Health Service was not designed according to social classes but the reports analysis was and it demonstrated increasing inequities and hence the (partial) inefficiency of the NHS : health inequities sparkle from living and working inequities and hence social class. It is this class we need to address. The problem is structural, but that’s too big a truth for governments to be willing to sort data by classes  and for most researchers to wander into analysing them. And why is that? Perhaps because we reject radical ideas as not scientific enough ? Or just because it is not in our interest? As the intellectual elite, the “petit bourgeois” of this capitalist society, we profit from this system. Or at least most of us, ECTMIH participants, still profit more from the system than we are being hit and hammered by it. I am not saying we don’t want to save lives. Everyday around the planet millions of people make admirable efforts into making the lives of their people better. But we have no interest in changing larger systems, in truly ‘transformative’ ways if you want – even if we can’t shut up about the latter.

Yet the system is the problem. Journalist Florence Aubenas decided to delve into the poorest strata of French society, pretending she didn’t have a diploma or work experience. And what she saw was terrible. Her most poignant example concerns dental care. In France, the poorest among us, the ones who clean the floor of your office while you’re sleeping at home or tidy the plane in 5 minutes before you can board, this proletariat that is largely invisible and is dependent on social security, is letting its entire mouth rot. Why? Because if only one of your tooth is carious, social security does not consider it worth the cost required to fix it. So, you would have to wait until all of your teeth are rotten, after which they will pay for a set of false teeth instead of treating them one by one. We’ve all had dental problems and we know how bad it hurts. Imagine this pain in every square centimeter of your mouth, and still having to get up to do the most exhausting job. Keep in mind, that France has good health facilities and relatively good social security – ironically, a result of the struggle of the same masses that the system now increasingly excludes. We have a pharmacy store around the corner, a hospital not too far away and decent public transport to reach it. And yet, this situation prevails. Is that because our health system is not good enough? Or is it because the market still drives up healthcare costs, thereby making it unaffordable for some people? Even in a wealthy France, 14.3% of citizens were considered poor in 2015 and around 3.4 million workers were in a precarious situation in 2016, not to mention that the Gini index is indeed increasing. Does it make sense, then, to waste time compensating for a system that alienates a whole fragment of society? For a system that keeps generating the gross inequalities that we seek to eliminate ? 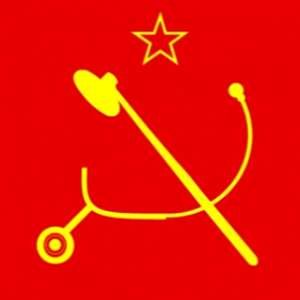 As health researchers, we know that access to healthcare is not only about building the right health facilities at the right place. But even as mainstream development discourse such as that around the Sustainable Development Goals is recognizing the interdependence of goals and the need for inter-sectoral efforts, we are reluctant to dive head on into influencing systems that perpetuate deprivation and ill health. At the EV debate during ECTMIH, we heard young researchers call for greater engagement of the academic community with social movements and communities at large. Perhaps it is time to join hands and extend solidarities with grassroots struggles led by the proletariat and what modern thinkers like to call the precariat. It is time to do our bit to turn the tides of economic domination. To break this class relationship by engaging into a class struggle. Wait. Are we not almost quoting Karl Marx?