Subscribe
Home > blogs > Are the “bad guys” somehow more sensitive about the need for urgent environmental action – at least on the screen?
blog

Are the “bad guys” somehow more sensitive about the need for urgent environmental action – at least on the screen?

I visited the movie theatre with my wife a few nights ago in Pune City, and we were excited to catch Kingsman – The Secret Service. It did not disappoint. With a healthy mixture of comedy, politically incorrect drama, and good action, it was quite a treat. Despite that, after exiting the hall, I was left with the same troubling feeling I got after watching some other very entertaining movies such as The Dark Knight Rises, The Matrix, Interstellar, or less entertaining ones such as Batman and Robin.  Actually, two feelings, I’d say.

The first one was that those portrayed as “the bad guys” in movies like these always seem to have a better grasp of the need for urgent action to prevent global environmental change, and have some kind of (distorted) compassion for the larger world or at least for the survival of future generations.  [Spoiler alert!] In Kingsman, for example, a maverick billionaire portrayed terrifically by Samuel L Jackson is quite keen on triggering mass hysteria and killing using some kind of electromagnetic wave, all with the aim of drastic population reduction and prevention of climate change. While the knights in shining armour, the secret service agents working for an independent institute (called Kingsman), eliminate this threat very professionally using the usual spy-type competencies and skills, they do not follow it up with necessary action to prevent/mitigate global environmental disaster. Things, I assume, go back to business as usual. There is no acknowledgement in the movie that the situation is indeed demanding drastic measures, which politicians are unwilling to take. What’s more, the young daredevil spy is immediately rewarded by a sexy diplomat after his intervention foiled the bad guy’s plan! (Good for him, I guess)

As can be seen, the “heroes” in these blockbusters are typically more concerned about human rights and immediate welfare ( their definition of ‘saving the world’) but don’t necessarily have a long term vision for survival and prevention of global disasters. In a way, they are similar, at least to some extent, to some of the ‘real world’ philanthropic billionaires who are pumping funds into developmental and human welfare activities, but are not necessarily challenging current systems (with an understatement) to prevent future ecological mayhem. So they are different from the kind of bad guy billionaire played by SL Jackson on screen. The ‘real world’ ones are currently concerned about immediate human welfare, whereas the billionaire on the screen was more concerned about long term survival of the human species (we know philantrocapitalists nowadays just love to use the word ‘resilience’ to show their long term vision, but they don’t seem to think through the implications in terms of how the economic system should be organized to make it really resilient and respecting planetary boundaries). Common sense dictates we should be concerned about both of them.

This brings me to my second feeling. Some of the movies listed above show post-apocalyptic scenarios where humans have successfully destroyed global ecological systems through technology and consumption, and are now looking for escape plans and solutions for survival. So, these guys who make the fancy escape plans after things go terribly wrong because of callous disregard for issues that need our urgent attention…these are our heroes?

We all know Hollywood blockbusters can be ridiculously simplistic, but still.

Plans such as the one plotted by SL Jackson’s character are obviously not an option (I felt I had to clarify my stand here!). But we do need ideas, people! How are we going to do something meaningful, and urgently? I am getting rather pessimistic as we move along. Our political, economic and cultural systems do not allow for meaningful action, and we will be left in a sorry state (not unlike the polluted Yamuna river, a tributary river of the Ganges, you see in the accompanying picture, a picture taken in Delhi, which I visited in 2011). 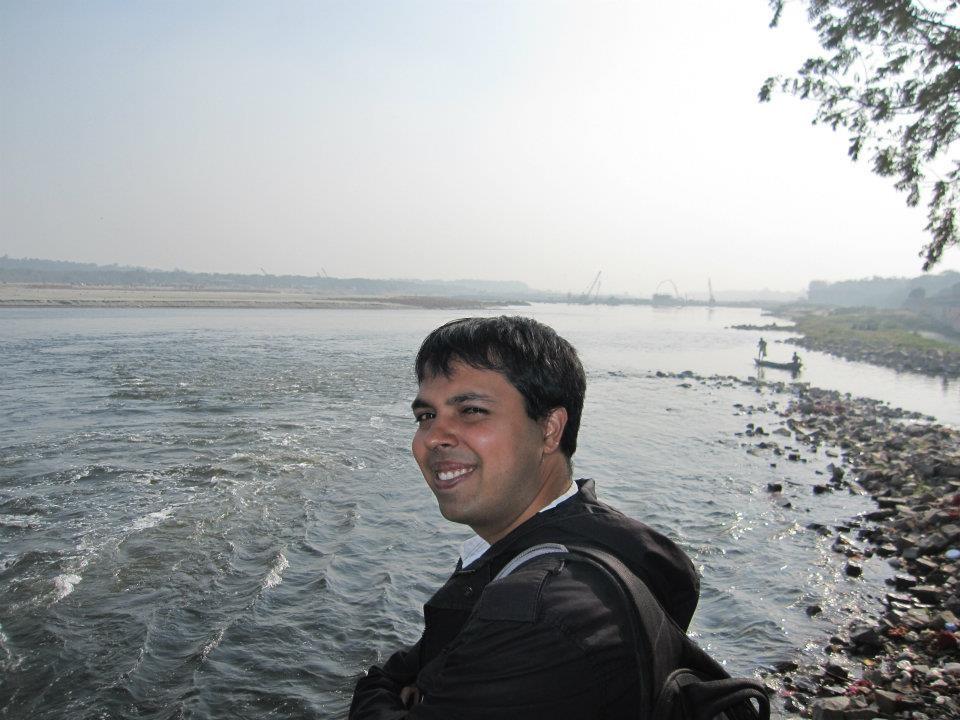 The SDGs, for instance, have been critiqued by some as a basic minimum consensus arrangement, not ambitious enough to really challenge/change current systems, and without a clearly spelt out driving vision for a future world. Also, it does not help when those seeming to work on environmental issues regularly post pictures of exotic  meat they’re eating  (that might be a bit of a pet peeve of mine, being a vegetarian, yet, there is some truth in it, if one takes into account the huge contribution to climate change by meat consumption) . Motivation is fragile, and cynicism is unfortunately the order of the day, and so those hoping to make an impact shouldn’t be pushing the envelope any further.

It appears that humans will have to eventually build rocket ships to fly away from a dying Earth, and will carry the burden of genocide of the largest order in the form of mass extinction of species and ecosystems – a legacy of billions of years wiped out in a few years; all for luxury, material comfort, and, ironically, ‘longevity’. Or will, against all odds, some heroes rise among us to break the shackles of complacency in our current systems and save the day? Because if we decide to sit by and wait, some “bad guy” in the real world may get motivated enough to undertake drastic tragic action.

Acknowledgements to Kristof Decoster for his inputs.

Adithya Pradyumna is a faculty member at Azim Premji University, Bengaluru. He is trained in medicine (MBBS), environmental health (MSc), and epidemiology (PhD). He works in the broad area of environment and health, and is an alumnus of EV4GH (2014).