Whatever happened to unpacking resilience in Vancouver?

A good friend of mine has strong reservations about using the term “unpack”, a term that is quite popular in the health policy and systems discourse. The term lends a notion of flexibility to concepts and ideas that have some currency but whose actual definition or interpretation remain somewhat unclear. I’ve given some thought to my friend’s reservations about “unpacking” concepts and ideas. Hopefully, I can get you to do the same.

If you were at the Fourth Global Symposium on Health Systems Research (HSR2016) held in Vancouver, Canada, you would know that “Resilience and Responsiveness of Heath Systems” was the (timely) theme of the symposium. I had the honor and privilege of speaking and participating in the closing plenary of HSR2016, as a representative of the Emerging Voices for Global Health program. In many ways, this was a defining moment for me, to share the platform with six stellar thinkers in the health policy and systems research (HPSR) community, and another EV alumnus, Kopano Mabaso, who expertly moderated the panel.

With the closing plenary in mind, I kept an eye out for sessions which addressed the theme of resilience and responsiveness. My aim was to gather thoughts from leading thinkers in the field, and where fitting, to include those final reflections in my closing speech. Like many attendees, I heard several definitions being attributed to “resilience”, without any consensus; on the other hand, responsiveness seemed to be much easier to define. Gathering all these diverse perspectives at once, felt a bit like ‘let a thousand flowers bloom’!

Could “resilience” really mean many different things to many different people all at the same time? This would be fine, if we only gathered in Vancouver to celebrate our diversity. But, I presume our investment in knowledge exchange platforms of such magnitude goes beyond celebrating our diversity, to promoting engagement around common and shared ideas. Yet, as the symposium progressed, I became increasingly uneasy about the lack of consensus around what resilience in health systems is – and I have a hunch I wasn’t the only one.

The eye opener for me was the moment I heard Agnes Soucat (moderator of the opening plenary) state with refreshing honesty that she wasn’t quite sure yet what the term resilience meant. This, along with reflections from other talks at the symposium, was reflected in my closing plenary speech. The many-sided perspectives on resilience were also reflected in the closing Vancouver statement – which highlighted that “resilience” means different things to different people and needed some “revisiting” or redefinition. I wondered how, with all the expert knowledge present at the symposium, we as a community didn’t reach a consensus on defining resilience within the context of health systems research. 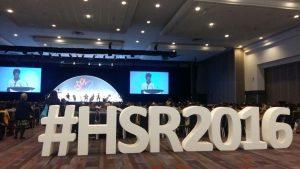 Weren’t these themes supposed to anchor our research to be relevant to policy? I left my thoughts on that hanging, to revisit at a later time. But “later” came sooner than I thought as I prepared to pack up from Vancouver to head back to Ottawa where I am based. I stared at the messy pile of clothing on my hotel room bed that I had “unpacked” from my suitcase the night before. I was reminded of my friend’s unfavorable reaction on the use of the term “unpack” in health policy and systems discourse. Is it because “unpack” suggests a messy endeavor? Could “unpacking” resilience be a downright messy job, that HSR2016 didn’t do enough justice? At some point, someone  (any takers? health systems researchers?) – has to do the dirty job.

HSR2016 is over and we’re already looking forward to HSR2018 in Liverpool. I still feel uneasy each time I see a tweet canvassing for potential themes for HSR2018. What did we do with resilience? The closing statement in Vancouver certainly suggested it was unfinished business. So why are we happy to move on to the next catchy term? Maybe we should do some soul searching here. What drives our desire in generating themes for symposia? Should we re-examine our euphoria at having a theme that’s only good for a symposium, and lacks the consensus for continuity beyond? How will all the research projects framed to align with the theme of resilience continue if we’re already on to the next theme? Whatever happened to unpacking resilience in health systems research and practice? 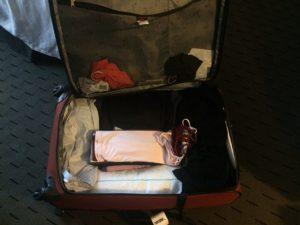