I suppose I should be the last person to write on this, I’m probably still too young, starry-eyed and shy (yes we all have that shy gene and I don’t think it ever goes away!). I recall meeting several high-profiled people when I was much younger, well and recently, and let’s just say that I was more star-struck than anything else and I’d much rather forget about ‘looking like a tree’ than harp on it.  We as young people are not really taught ‘how to network’ (although I must admit I haven’t explored how we could be taught to network, the internet is, of course, full of information on this – most not very usable). When we do, eventually, take that networking plunge, we tend to encounter seniors who are cold, condescending and actually uninterested. Though I do suppose ‘networking’ isn’t too difficult these days, many of us merely ask ‘can I take a selfie’ and then, of course, pass it off as networking – (p.s. not that I’m judging, selfies are probably better than nothing, though I’m not sure as to how  we will achieve the #SDGS with it!).

Attending large conferences with 5000+ people such as #WD2016 or even Health Systems Global can be intimidating. Just think back to the conferences you’ve attended, either high profiled guests are surrounded by bodyguards, i.e. a dead end street to networking. Seniors tend to huddle together which leaves us mingling with each other – and trust me I think that’s great! It took me a while to realize that it’s not the famous or infamous people who matter, but that we engage with each other. We are the generation which must achieve the #SDGs,and the conversations we have must equal action. These conversations and interactions are possibly more useful than the business cards which are given out. When e-mails are sent to our business card contacts, we young people, are duly (99% of the time) ignored! In fact I can say, without a doubt, that every young person I have come across is 10 times more interesting than a panel discussion or a journal article for that matter. I’ve also learnt that you just have to take that risk, ignore that shy gene and merely greet/ introduce yourself. It definitely goes a long way! Networking is pretty easy when you’re named ‘Shakira’ I can basically hear waka waka going on in other persons mind which is then followed by, “oh! Like the singer.” It would be useful to have an emoticon I could insert right now! Jokes aside, golden words of wisdom were shared  Monday’s #WD2016 youth pre-conference, where Joy Murini  advised that egos should be removed to address the generation gap. I have been quite impressed with my interactions with some young people in the build-up to-and-during #WD. There are three individuals who I believe more senior researchers or policy makers should take a few lessons from:

Ahead of #WD2016 we were invited to lunch at the Danish Embassy where I had the opportunity to meet Minister of Women in South Africa (SA) Susan Shabangu who really took the time and  interest to listen and advise each participant (now that’s definitely rare). 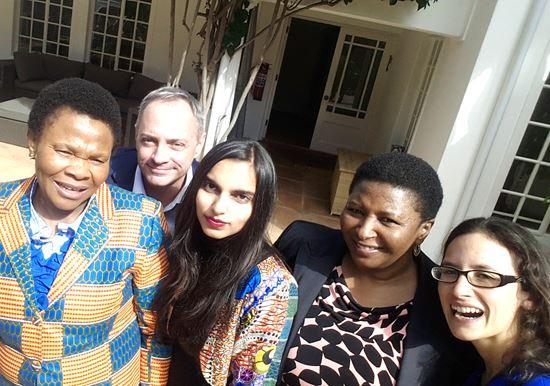 Of course then there’s the down-to-earth Sandra Millar, founder of Dignity Dreams in SA (promotes the use of reusable sanitary pads).  I met Sandra at the embassy, and it has been an on-going engagement. That I think is critical to creating the next generation of leaders, i.e. continued mentorship and engagement, versus once-off engagements. In the #HPSR field we keep trying to read, understand and debate as to how we influence policy-makers in fact I am certain this will be the case for many years to come. Whereas, Sandra stood up during the introduction round and said, “Finally! I’ve been dying to speak, and waiting for this moment all my life,” and then went on to throw the sanitary towels on the lunch table and pretty much at the Minister. Maybe my problem is that I’m possibly too action-oriented, but did she get all the policymakers attention (though this is not a suggestion or permission to throw your research around)! Sandra also ensures that people never forget her, she sends an inspirational quote about women every week to every one of her contacts and what’s most welcome is the way she builds relationships and extends appreciation for the tweets & retweets (which really isn’t much)! Wow I think it’s about time we learn more from civil society in the #HPSR field, and we #BeLikeSandra! 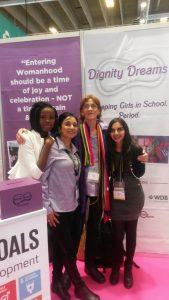 During #WD2016 I also enjoyed an inspiring lunch with Dr Samukeliso Dube, Business Development Manager of Southern Africa who requested to meet with me (instead of the usual other way around) during #WD2016 to discuss Integrated PHC care and how we could take the work forward. 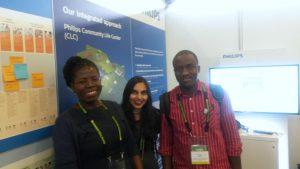 Some food for thought for seniors help us deal with our ‘conference/networking fears’ and perhaps approach young people at conferences – adopt us for a few hours during the conference as it is clear that it is not only the youth (and their shy genes) which are to blame for this gap in communication. This does exist. It must be and can be addressed! I don’t think we should wait for the next Women Deliver, how about we start this right away!