On December 14, 2011, Unni Gopinathan, a medical student from the University of Oslo (UiO) and one of my closest friends in the International Federation of Medical Students’ Associations (IFMSA), informed me and another UiO-IFMSA colleague Usman Mushtaq about the plan to create a Youth Commission that would work in parallel with the Lancet-University of Oslo Commission on Global Governance for Health. This endeavour, which was hoped to “accentuate the work of the Commission” through “the open-mindedness and innovative thinking that young people often display”, certainly thrilled us, and so for weeks, we were eagerly scouting for and recruiting young professionals and academics from around the world. Since then, 14 highly-spirited young individuals, including a bunch of medical students, as well as two lawyers, an anthropologist, and a sociologist, have been reviewing papers, exchanging ideas, examining illustrative examples, and debating opinions, hoping to find answers to how global governance can work for health and not against it.

On May 26, 2014, after more than two years of intense online discussions, thousands of email exchanges, and one face-to-face meeting in Kuala Lumpur, the Youth Commission released a report (which was also announced in the Lancet) that seeks to add a fresh and youthful voice to the ongoing discourse about global governance for health. The report arrives three months after the main Commission published their analysis of the “political origins of health inequity.”

While separately developed, the two reports – ours and that of the main Commission – share some key messages. Admittedly though, through this research exercise, the two Commissions provided structure and illustrations to ideas and analyses of global governance that are already widely known but which require further reiteration. For example, both reports agree that health “should be adopted as a universal value and a shared social and political objective for all.” The asymmetrical distribution of power among actors, along with other “governance dysfunctions,” is strongly acknowledged and thoroughly analyzed by both Commissions, albeit through different styles (The main Commission adopted a case-study approach, while the Youth Commission examined power in global governance by deconstructing its varied forms and facets.).

However, there are major differences in our recommendations, although they do not necessarily contradict each other. The main Commission proposed the establishment of two international mechanisms – a Multistakeholder Platform that will provide space for “framing issues, setting agendas, examining and debating policies… that would have an effect on health and health equity”; and an Independent Scientific Monitoring Panel that will, among others, “investigate the complex interaction of forces that lead to health outcomes.” In a way, the Commission recognizes that matters of global governance cannot be resolved in a single Lancet report, and therefore formal spaces need to be established in order to carry on this examination. However, not everyone is happy though, as the Commission has met fierce criticism from various corners for not being able to “move beyond conventional wisdom” as it earlier aspired to achieve. One even bluntly asked them to withdraw their “tame recommendations” of “a talking shop and monitoring mechanism.”

On the other hand, the Youth Commission took a pragmatic stance by acknowledging the potential (and already-ongoing) tensions between health and other equally-important societal goals, as well as the difficulty of health being adopted by other sectors as a “shared social and political objective for all.” The solution to this practical analysis remains idealistic nonetheless. Instead of proposing the creation of new institutions outright – institutions that are “likely to be influenced by the same diverging interests and power asymmetries described by the Commission”, we emphasized the need for a strong philosophical foundation as basis for global governance for health – “a larger framework in which we relate the value of health to the value of other goals that a society wishes to pursue.”

Finally, given our unique position as Youth Commissioners, we also drew attention to the gross disconnect between the chronic nature of global challenges and the short-sighted responses of existing global governance. This mismatch can be observed in many current examples – climate change, non-communicable diseases, and socioeconomic inequality, to name a few. Therefore, our report called for fostering “intergenerational solidarity” in order to ensure the utmost consideration of the needs of “unborn” generations in current global policy decision-making. While such paradigm can be incorporated in existing global governance institutions that are predominantly administered by the “adult” generation, intergenerational solidarity also entails expanding the democratic space in global governance platforms to promote meaningful participation of children and young people. Some of the concrete recommendations offered in order to achieve this include appointing national ombudspersons for youth and establishing an international High Commissioner for Future Generations.

I admit that it is a report far from being comprehensive, but that is partly because global governance challenges are complex and therefore will require a much broader engagement with the world’s youth. In retrospect, we could have recruited more young academics and practitioners from other disciplines, ensured greater regional and gender representation in the Youth Commission’s composition, and, if resources would allow, even conducted more consultations in various universities and communities across the world.

Nevertheless, what makes this collaborative project meaningful is that it is more than an academic exercise – it is a conversation between generations. During the course of the project, the Youth Commissioners were given opportunities to provide feedback to the main Commission’s drafts, and some, including myself, were even invited to attend their meetings, in a way “shadowing” their discussions and offering alternative perspectives. Whether at the level of the United Nations, academic institutions, or local communities, such intergenerational dialogue should be encouraged and propagated.

I feel blessed to have been part of this ambitious project, and we young people certainly feel grateful to the Lancet and the UiO for making sure that the voice of young people does count in global governance. But the publishing of these two parallel reports is definitely not the end; rather, it is just the beginning of more substantive reflections and debates to come. As a Youth Commissioner, I am personally committed to spread our ideas to and even gather new ones from my fellow youth, as the quest for health justice in global governance continues.

An Emerging Voice for 2014, Renzo R. Guinto, MD currently works as a consultant for the International Organization for Migration and the Bureau of International Health Cooperation, Department of Health, Philippines. He is also a member of the Universal Health Care Study Group at the University of the Philippines Manila. 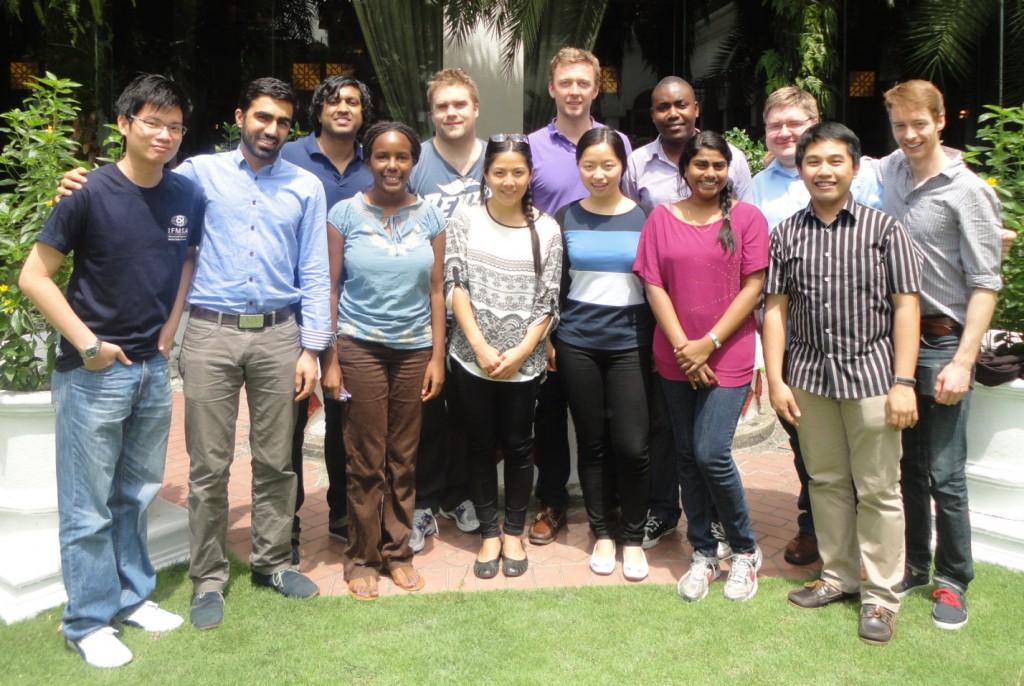 The Lancet-University of Oslo Youth Commission during its meeting in Kuala Lumpur, Malaysia

Shouldn't HSR2022 participants be more critical of visiting the Salt Cathedral in Bogota?There is more than White Supremacy in Global Health: On the Biases WithinDecolonizing health in our times: a cross-epistemic exerciseWorld Health Summit – Are We New and Improved?Gaps in the 2022 World Mental Health Report: A reflection on adolescent mental health and wellbeing
0 comments